. . . Making a life on a tough new planet
BY BILL McKIBBEN 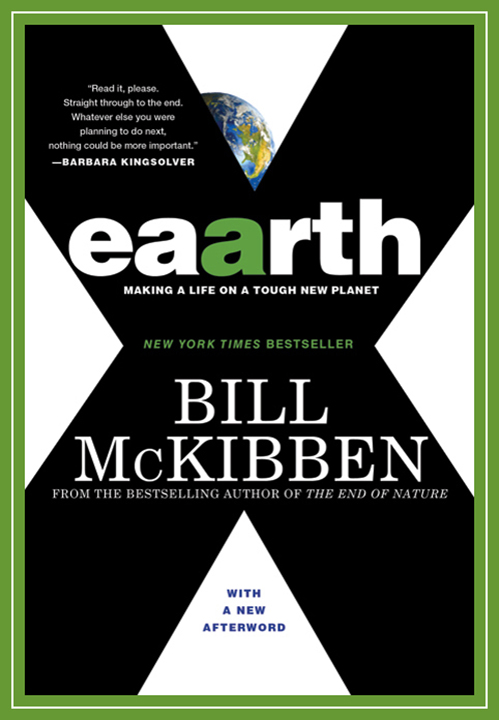 "read it ... nothing could be more important" --Barbara Kingsolver

thanks barbara
coming from you that means something
farming like you write
with verve, all you got

and you, bill
writing as you act
i bumped into you only recently at planetary 350.org
your going-on-half-century alerts now filling in

just the 101 for someone playing catch-up on climate change
well said too, kind of read i can’t put down
you take us by the hand, shake us to our boots
then steer us to a place we can get to

where to begin . . . ?
nowhere better than where you do
from the top: what is this place we’ve fashioned?
across our blink of earth history

whatever it is sure ain’t anything like it was
best rename the planet on which we now find ourselves
to not confuse it with where we grew up
that different, yes

to not disassociate entirely, how about homo transitus?
as in, on-our-way/definitely-not-there-yet
it wouldn’t take much to go farther
you don’t go there bill; i won’t either

you get right to it in four sections
starting with that shocking inventory
of a new world, pulling no punches
the damage is done, this climate’s already changed

so how to make the necessary transition to this new place
in the time we’ve let go by?
more shock awaits in section two, high tide
definitely not a matter of more of the same

you cite the club of rome’s landmark study of 1972
limits to growth: it circled the world back then
more important those unheeded dire warnings
have largely come to pass

so then the end to civilization as we know it?
per jerrod diamond’s nifty observations of collapse
those poor mayans, anasazis, easter islanders?
hopefully not: section three, backing off

so let’s turn a deaf ear to massive, global, hi-growth
tune into something human, local, steady
we’ve let our energy & food systems grow “too big to fail”
just as we did our banks

the answer is the same
smaller, closer to home
you take us through our own history
and much local geography

where we acquire gossip and good cheer along with our calories
even -imagine!- to circulating a fully local currency
all, a mighty long way from the 5,000-mile straw
thru which we suck hydrocarbons from the persian gulf 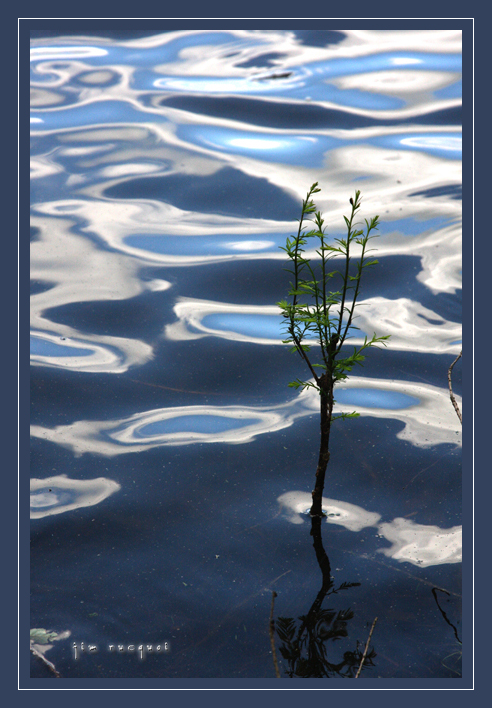 your last section outlines practical steps ahead
pointedly titled lightly, carefully, gracefully
about mastering the essentials of our survival
in food, energy, and the internet

and then there’s your 350.org
most widespread day of political action
in the planet’s history
as you quote cnn

not content with words
you are moving us
as this poor mother moves you
bill, i can hear her thank you for both

sure would like to hear your thoughts . . . Cancel reply

This site uses Akismet to reduce spam. Learn how your comment data is processed.